In December, Barcelona is transformed to celebrate one of the most magical festivities on the calendar. You can go out into the streets and see how Christmas is starting to fill every corner of the city: it is dressed in all its finery, the streets are a sea of shimmering lights and filled with activities and Christmas markets. The restaurants prepare the most mouthwatering menus with traditional turrón nougats; shops have special gift ideas for you… And there's a different atmosphere to the rest of the year: cold because of the season yet warm because of the festivities that are steeped in family tradition.

Go out and experience the magic of Christmas for yourself!

Yes, Christmas in Barcelona means going out and letting yourself be carried away by a whole host of activities and traditions the city has to offer. Barcelona is abuzz with all kinds of things to do over the festive season! All the city's neighbourhoods come together to offer more than a thousand activities, including concerts and Christmas carols, workshops, charitable initiatives, activities for kids… Plaça Catalunya has an exclusive programme of events that transforms the heart of the city into a haven of games and creativity, perfect for kids and adults alike. During the Christmas period, you'll also find the Responsible Consumption Fair, which, over the years, has proved to us that sustainability and solidarity are an essential part of Christmas. 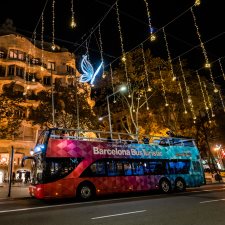 The Barcelona Bus Turístic is also joining in the celebrations and gives us the opportunity to enjoy the city's most iconic sights and landmarks, specially lit up for the occasion, on the Barcelona Christmas Tour, a night-time tour with matchless views. If you think you already know the city's most special buildings, wait until you see them decked out in their Christmas lights!

If we're talking about iconic Christmas traditions, we must mention the Nativity scene, a special decoration featuring figures recreating the birth of Christ, where you'll find one of the quirkiest characters from Catalan culture: the caganer, the lovable figure you'll find answering a call of nature behind a tree or under a bridge who has become an icon of Catalan Christmases. You'll find him, together with all the other items for the Nativity, at any of the city's Christmas markets. There are three particularly notable ones: 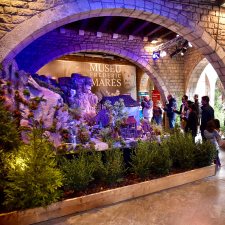 the Fira de Santa Llúcia, the city's oldest and most charismatic (it has been held since 1786!); the Fira de la Sagrada Família, next to Gaudí's iconic building, and the Fira de Nadal del Port Vell, the Port Vell. You'll find a Christmas market, a floating Nativity scene as well as activities and entertainments for everyone. And don't forget to visit the Nativity scene at the Museu Frederic Marès, in its medieval courtyard, and the more traditional ones at Pedralbes Monastery. 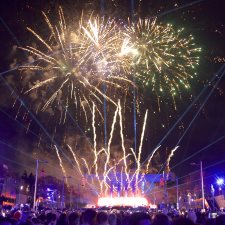 The last day of the year is special for obvious reasons, but it is also the day when the Home dels Nassos, or Man with the Noses, puts in an appearance. This peculiar character has as many noses as days there are left in the year (he loses one every day). The legendary race, the Cursa dels Nassos is inspired by him. It is the last race of the year and covers a distance of 10km. It is one of the most celebratory and original fun runs on the city's sporting calendar.

But if we want to mention festivities and celebrations, and the calendar tells us it's 31st December, we can't fail to mention the New Year Chimes, the Campanades de Cap d'Any and the 12 firework palm trees displays in each of the city's ten districts so people can see them from their homes. The midnight bells will ring out in every district of the city. There will also be a 15-minute firework display you can enjoy from many angles. Let the celebrations commence! 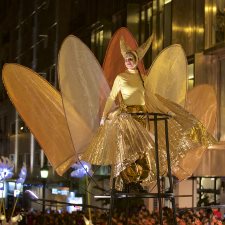 No Christmas calendar would be complete without mentioning one of the kids' most eagerly awaited days: 5th January, the day of the Three Kings' arrival! There's nothing more magical and heart-warming than seeing the little ones look on in wonderment as the Three Kings' carriages pass by. Every year, they parade through the city with their retinue of pages, handing out gifts to everyone who – as tradition dictates – has been good throughout the year. 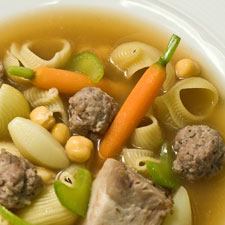 The experience is made even more rewarding when were serve up mouth-watering and varied Catalan dishes to accompany these traditions and activities. Catalonia's culinary heritage, based on the value of the produce and locally sourced, quality ingredients, epitomises the region's gastronomic repertoire: a delicious blend of heritage, produce, tradition, terroir and creativity that results in all kinds of recipes, like the ones we recommend here.

It's time to enjoy traditional Catalan recipes, like escudella i carn d'olla (a broth with giant pasta shells followed by a course consisting of the meat and vegetables cooked in the broth) and the canelons de Sant Esteve (cannelloni made from the Christmas dinner leftovers): the expression of a cuisine originating from the rich and varied Catalan landscape: sea, mountains, vegetable gardens and woodland. 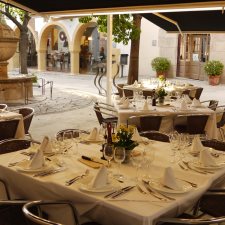 At La Font de Prades, which has been open in the Poble Espanyol since 1969. The restaurant specialises in Mediterranean dishes, with unique salads, rice and cod dishes, casseroles and stews that will make your mouth water as their aromas waft through the air. 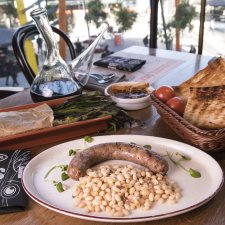 And if we're talking about tradition and Catalan restaurants, we must mention the Mussol, which has different restaurants around the city and has, as its main attraction, its Catalan Experience tasting menu. It features typical Catalan dishes that will allow you to savour some of the region's most typical specialities and find out how to make them.

If you're looking for an alternative that blends tradition and modernity, Petit Comitè is the perfect choice. With famous chef Nandu Jubany at the helm, the restaurant invites us on a journey through the flavours of the earth, capturing the essence of traditional Catalan cuisine and presenting it as a new taste concept with a contemporary, cutting-edge twist to bring diners a unique experience. 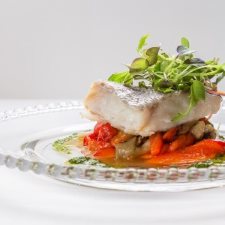 Do you like chargrilled meat and typical baby spring onions, calçots? If so, you should head for Can Vador, one of the restaurants specialising in traditional Catalan cuisine that recreates the atmosphere of a typical Catalan grill house through its rustic and cosy décor. You can either visit Can Vador Diputació, housed inside an old farmhouse in the city centre, or Can Vador Illa, which is more modern but retains its olde-worlde feel.

Last, but by no means least, Bar Leopoldo in the Raval serves a varied menu of Catalan dishes created by chefs Romain Fornell, Rafa Peña and Oscar Manresa. In this case, you'll find the dishes presented as tapas, or small servings. Dishes include cap i pota (calf head and foot stew) and arròs del senyoret (fish and seafood rice), and are made from fresh, seasonal produce. They are worth sampling at the long bar that gives the restaurant an unbeatable touch of authenticity.

Do you want to find out more? Well, take a look at the other recommended restaurants serving Catalan cuisine that will delight your taste buds at the most magical time of the year spent with the family.